Archaeology and the Bible

Biblical Archaeology is bringing the Bible to Life. But more than that, it provides unequivocal proof of the Biblical Narrative. It also unlocks greater depths of understanding the Bible.

Untill 26 years ago, there has not been any proof of King David's existence. In 1993, a stele was found during excavations in Tel Dan where an unknown king boasts of his victories over the king of Israel and his ally, the king of the House of David.


The Golden Bell (of the High Priest)

In 2011, a small golden bell in the shape of a round ball was found during excavations of the rainwater drainage channel under the stepped road leading up to Temple Mount. It had a loop at the top, obviously to make it attachable to some piece of jewelry. Perhaps it was attached to the hem of the garment of a noble or important individual, as was customary at that time. 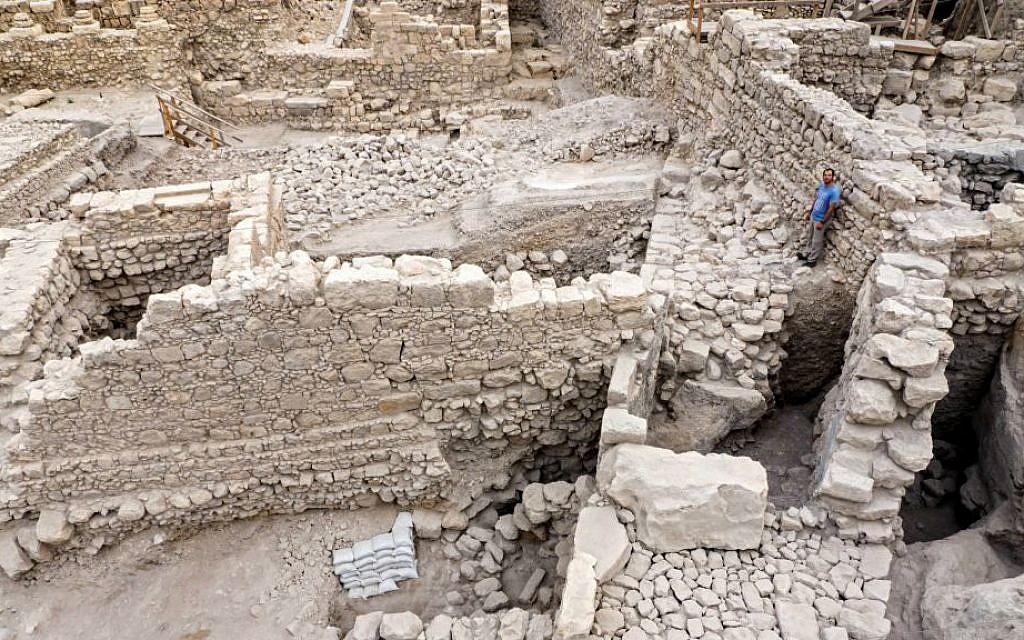 The Acra is the upper fortified area of a Greek city that was built during the time of the Hasmoneans - dating it to the story of Hanukkah. The discovery of the massive fortification places the Acra south of the Temple Mount, in the center of the City of David – Ancient Jerusalem, spreading its colossal self over the width of the whole southern hill. Its location severed the Temple Mount from the rest of the city. Archaeologist Doron Ben Ami, the head of the Acra excavations, recounts the process: "For months we have been excavating one element, and then another. Everthing is here before us but we still don’t understand . Then, on one clear day, all the pieces just fell into place… I can now say with certainty…that we can put this question (of where the Acra is) behind us.” The site produced many finds, including sling shots made from lead, bronze arrowheads and ballista stones which symbolized the reign of Antiochus Epiphanes, numerous coins, ranging in date from the reign of Antiochus IV to that of Antiochus VII, and a large number of wine jars that were imported from the Aegean region. These finds testify to the citadel’s chronology, as well as to the non-Jewish identity of its inhabitants.


Ancient Seal Impressions from the Book of the Jeremiah

The first of the clay bullae, was discovered in 2005 and bears the name “Yehuchal ben Shelemyahu”. The second was found in 2008 in the First Temple period strata underneath what has been identified as Nehemiah’s Northern Tower, just a few yards away from the first, and reads “Gedalyahu ben Pashur”.

In the Book of Jeremiah (38:1-4), both men are mentioned as ministers to King Tzidkiyahu (Zedekiah), who reigned from 597-586 BCE. The two, along with another pair, demanded the death penalty for the prophet Jeremiah in response to his plea for the king to surrender the city to the oncoming hordes of the Babylonian conqueror Nebuchadnezzar.

Excavations in Arnona close to the US Embassy revealed one of the largest and most important collections of seal impressions uncovered in Israel. The impressions were stamped with the letters "LMLK" (to the King) written in ancient Hebrew script and the name of an ancient city in the Kingdom of Judah.

The discovery of the magnetic field during the destruction of Jerusalem, dated 9th of Av 586 BCE is a novel chronological anchor for archaeomagnetic dating – with specific-day accuracy. The destruction of Jerusalem provides a rare historical point that occurred thousands of years ago that we can date so accurately – down to the year, month and even day. A bittersweet moment, where Jerusalem leads again in archaelogy. Learn more about it HERE


Royal Stone Capitals from time of Kings of Judah

A rare, impressive, and very special collection of several dozen adorned architectural stone artifacts including three complete medium-sized stone capitals, which together were part of a magnificent structure, was discovered at the Haas Promenade in Jerusalem

According to UNESCO (The World Heritage Foundation), Jerusalem and its history belong only to one religion: Islam. By this definition, Jerusalem and Israel, have no connection to the Bible. This page aims to set the record straight by citing unequivocal archaeological proof of the Biblical narrative. For Zion's sake, we shall not remain silent.

Read a recently updated article below regarding the UN and UNESCO's claim:

We will be updating this page on a regular basis.

Make sure you stay updated by signing up for our Newsletter

This page is dedicated to our generous sponsor and mentor